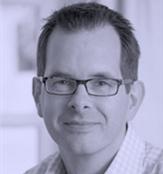 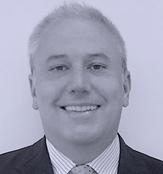 Nick has over 25 years experience in strategic planning since his early days at Dixons Stores Group through long term executive positions at Nintendo, Sony and Atari. He started in the games industry in 1992 at Nintendo as one of the few "suits" defining planning tools and forecasting methodologies from his experience of tried and tested techniques. As an entrepreneur, he started GameVision https://gamevisionresearch.com/ the games industry standard in consumer intelligence in 2002. He has hands on internet business development as he was recruited by Atari in 2000 to set up a sister company for online casual gamers called Gamenation which now runs out of San Francisco. This followed six years at Sony Computer Entertainment Europe where Nick was VP Strategic Planning Europe overseeing the launches of PlayStation and PlayStation 2. Over the years Nick has built up a unique library of market forecasting tools and sixth sense understanding which he now applies to client engagements. He has been an associate analyst at IHS Screen Digest since 2003. He is a regular speaker on the conference circuit. Nick now specialises in building business plans for companies looking to raise capital.

Marc has over 22 years experience in financial modelling and strategy consulting predominantly in Internet, Energy and Telecoms sectors as well as many other industries. Marc commenced his career with Arkwright Consultants, a Bain spin-off and was quickly promoted to manage cross-disciplinary teams across Europe. Subsequently he moved to Moscow for two years to work as head of the Restructuring department for the Russian Privatization Center where he advised ex state-owned enterprises to adapt to the market economy. Upon his return to the UK, he joined Arthur D Little's Corporate Finance division and specialised in company valuation and due diligence. For the last 12 years, he has consulted to a number of small and large companies within in the, UK Russia, Eastern Europe and North America. HIs expertease is data mining, complex analysis, business planning, valuation and optimisation. He holds a B.Sc in Mathematics from Bristol University, is a management accounting qualified (CIMA)  and speaks English and French fluently as well as Spanish and Russian.

Chris has 18 years experience in business consulting, company start-ups and business development. His career started as a Sales Manager in 1995 for Morgan Chase Group, Moscow. Three years later he co-founded Direct Star, a direct marketing agency and call-centre focused on Russian and international customers, the first to be set up in Russia. In 2003, Chris became the General Manager at Alfred Dunhill, N&E Europe & CIS and was responsible for planning and P&L for 12 countries. Chris joined the Orinoco team in 2011 and specialises in market and competitor research, business planning and valuatiion. His sector experience includes e-commerce, self-storage, mining, construction and publishing. Chris holds a BA from the University of St Andrews, an MBA from INSEAD. and speaks 5 languages. 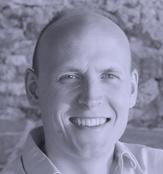 Katrina has 18 years experience in consulting. Katrina commenced her carrer in advertising sales for News International. She soon switched to the recruitment industry and evolved to become a consultant in business process outsourcing developing tools and KPIs to measure the performance of recruiting and retention within blue chip companies. Katrina joined Orinoco in 2009 specialising in market research and market forecasting. Her sector experience includes  Recruitment, Retail, Drinks, IT and Internet. Katrina holds a Law LLB Hons BA from Bristol University and AIWS Diploma.